Home of the Æsir

Åsgard is a Populous III: The Beginning (RTS 1998 PC) clan founded in 2005, with members from all over the world. To this day Populous III has an active player run Matchmaker and Community. Clans are a very important part of this community, Åsgard being the 2nd oldest of the lot. We compete in monthly ELO leagues on individual and clan levels. But most importantly, we play for fun. 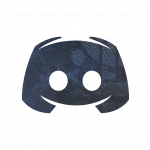 "Fang @ #members:
Of course there is the AsG way, making friendships that last a lifetime"
Join our Discord channel 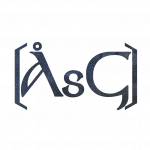 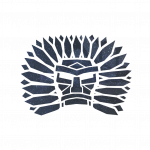 Sixteen years ago, two sixteen year olds started this clan. Little did they know they’d spend more than half of their lives wearing the [AsG] tag. We are now celebrating the clan’s Sweet 16! Or like our fellow member Bacon put it:

“Wooo two more years then we can take Åsgard to the pub. Congratulations AsG 🍻”

It’s too easy to get all nostalgic about the events and moments shared during these years, and thus we shall not speak about the old old past and focus on all the updates we have since the last news article.

In only one year, we have had Åsgard’s activity reach a new high, with four new members joining us and a complete change of dynamics taking over our digital spaces.

NationKid05 (a.k.a. Nation Bacon Nation Kid Bacon) joined us last November, bringing with himself a major surge of lobby activity by constantly looking for games and play dates. Thanks to Nation, we have held three successful play dates in less than a year! One of them being an Åsgard Mini Game tournament with 6 AsG members plus 2 guests (Jimmy and Zyraw), for which he prepared a video invitation and then immortalised the memories on his YouTube channel (to haunt us) for posterity.

Sky- joined us shortly after, initially a little quiet and slightly shy, he soon found his voice both in the forums and on Discord. A true Åsgard player from day one – there is no joke to miss the eye of Sky-, if there is a play date he is sure to be there, and if he is in the lobby, a good game is always guaranteed, no matter the outcome.

Ralimurr dazzled us with probably one of the best applications we have ever seen, which came about as a huge surprise! Rali blended in with the clan from the very start, sparking conversations with his clever ideas and giving life to new projects with his programming and AI scripting skills. Thanks to Rali’s dedication, we have a major mod project in the works with a huge shift in strategies and tactics.

Ahmed has taken the leap and joined us early this year. Always a quiet player yet impeccable in presence, Ahmed studied his decision to join Åsgard taking his time and managing the switch with utmost respect for his previous clan. It makes us very proud that a mature and well respected player with almost a lifetime in TDM decided to join us, and we are happy to now call him our fellow member. Ahmed has also joined us in other games, which brings us to the next topic.

This past year has not only been about Populous: since 2020, the Åsgard Discord channel has made room for voice and chat subchannels for Among Us and Age of Empires 2. Åsgard members have enjoyed some amazing and at times delightfully embarrassing play sessions in these games along with other Populous players, many of whom have joined these activities through Sub’s ever growing The Beginning community.

And when it comes to Populous, things have not been different! There is a surge in activity in the Populous community fuelled by the release of the Populous The Beginning 1.5 (beta) version. This modification entirely made by Populous community members has introduced some serious reengineering concepts, with Populous now allowing for 8 player games, and four new Shaman tribes.

Insane?! Not yet, hear this:

The new patch strives to fix many bugs that have hindered the performance of the game for over a decade, as well as introduce modern gaming concepts such as hotkeys mapping and easy enemy tracking. The beta is still in the works with constant tests and updates to ensure its stability, and the community is working hard to make this version a standard with a future release of the PopRe MatchMaker online client.

To support this initiative, the community has held two fully streamed major tournaments in 2021. The Beta Tournament saw a selection of the best Populous Players facing each other in one of the first releases of beta, in an effort to encourage the use of this new version and to capture any nasty bugs that needed fixing. Many bugs were spotted, some of which of course frustrated some players, yet it was still an amazing experience for the community.

The second and most recent tournament was the Invisible Cup, inspired by AoE2’s famous Hidden Cup tournaments. Tournament players were randomly assigned a populous spell, unit or transport as a name, and remained anonymous to the community and to each other for the length of the tournament. Considering our little (and very particular) community, the tournament turned out exceptionally well.

Åsgard players, true to their nature, participated actively in both of these tournaments by playing, supporting and even helping organise them. The AsG members who played have, as is usual, demonstrated amazing etiquette and skill, advancing far into the last stages. Many of our good oldies have surprised themselves and the clan by bouncing back to high skill levels after having been away from the game for periods of time due to life’s responsibilities; a few masterclasses have been gracefully given to their rivals! Teaching the lobby what Pop is all about!

Populous continues to evolve, and Åsgard continues to support its growth as it has always been since the start. Besides supporting beta, we have Nation fulfilling the dream of PS1 players by implementing the incredible voice of Robert Ashby within the original computer campaign, including translations in all of the available languages! Sub continues to faithfully support the work of fellow Populous player Toxicity with his Multiverse Launcher, where single player campaigns can be played seamlessly, now at the reach of a click in Sub’s brand new The Beginning website. Nation and Keith, along with Sub, have managed to organise a Podcast with Richard Leinfellner, Executive Producer of Populous III: The beginning! Make sure you don’t miss listening to it because it is simply amazing.

Bringing this unbelievable year to a close, and with the surge in activity, our faithful member Nefarius has joined the Council, bringing a fresh point of view to help the leadership of the clan make the big decisions that will help us pave the way forward.

With over 6000 characters having been typed so far in this news article, it goes without saying that Åsgard is as alive as ever, always on the lookout for more positive people who wish to be part of this mature and friendly community.

Congratulations to Åsgard and for many more years to come! 🍻

Åsgard is turning 15 soon, which is quite unbelievable! Fifteen years ago,…

Populous: The Beginning is a real-time strategy video game and is the third entry in the Populous video game series, developed by Bullfrog Productions. The game was released in 1998 on Microsoft Windows, and in 1999 for the PlayStation. [credits to/see: Wikipedia]

The game is still popular among its fans and continues to evolve thanks to a community of devoted developers from Populous Reincarnated, who not only maintain the Multiplayer Matchmaker engine, but also work tirelessly to reverse engineer and redevelop parts of the game, addressing compatibility, enhancing features, and allowing for better competitiveness.

Visit Populous Reincarnated
Learn more about Populous
We use cookies on our website to give you the most relevant experience by remembering your preferences and repeat visits. By clicking “Accept”, you consent to the use of ALL the cookies.
Cookie settingsACCEPT
Manage consent

This website uses cookies to improve your experience while you navigate through the website. Out of these, the cookies that are categorized as necessary are stored on your browser as they are essential for the working of basic functionalities of the website. We also use third-party cookies that help us analyze and understand how you use this website. These cookies will be stored in your browser only with your consent. You also have the option to opt-out of these cookies. But opting out of some of these cookies may affect your browsing experience.
Necessary Always Enabled
Necessary cookies are absolutely essential for the website to function properly. These cookies ensure basic functionalities and security features of the website, anonymously.
Functional
Functional cookies help to perform certain functionalities like sharing the content of the website on social media platforms, collect feedbacks, and other third-party features.
Performance
Performance cookies are used to understand and analyze the key performance indexes of the website which helps in delivering a better user experience for the visitors.
Analytics
Analytical cookies are used to understand how visitors interact with the website. These cookies help provide information on metrics the number of visitors, bounce rate, traffic source, etc.
Advertisement
Advertisement cookies are used to provide visitors with relevant ads and marketing campaigns. These cookies track visitors across websites and collect information to provide customized ads.
Others
Other uncategorized cookies are those that are being analyzed and have not been classified into a category as yet.
SAVE & ACCEPT